The Globalists and the Islamists

Fomenting the “Clash of Civilizations” for a New World Order

Part 1. Analyzing September 11
A checklist of evidence that contradicts the “official version” of  9-11. Updated January 9, 2005. 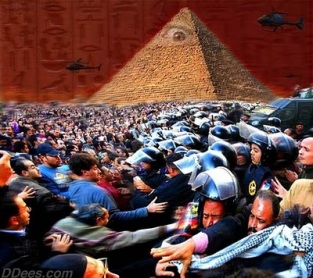 Part 2. The British, the Middle East and Radical Islam

Saudi Minister Asserts That bin Laden Is a ‘Tool’ of Al Qaeda, Not Its Mastermind

The Muslim Brotherhood’s Conquest of Europe
by Lorenzo Vidino

The British Connection
Is there an Islamist Conspiracy against the West run from London?
by Hichem Karoui

OSAMA CALLS UK 260 TIMES FROM AFGHAN HILLS
“In January 1998 a brief call was made to the home of Egyptian-born Salem Azzam, a retired diplomat living in Edgware Road, London. Mr Azzam’s great nephew is Ayman al-Zawahiri, believed to be one of bin Laden’s right-hand men.
Mr. Azzam does not have any terrorist links himself.“ (!!!???)

Who is Salem Azzam? Read about the Globalists’ Secret Weapon.

Terrorism and the Illuminati: A Three Thousand Year History