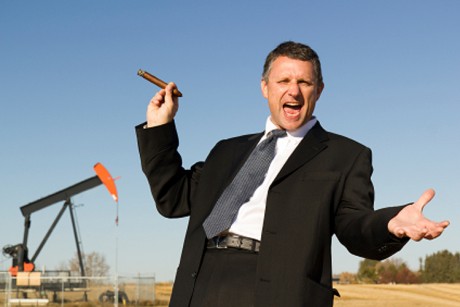 Increasingly in modern history, the tactics of the European mega-criminals, in all continents, who became the world super-rich are systematic and highly organized. It is still being carried out now in Africa; Arabia; Latin America; and the entire “New” World.

First, they send “explorers”, “missionaries”, “volunteers”, “researchers”, “aid workers”, “consultants”, or “businessmen” to gather vital information. Then they create companies for oil, minerals, pharmaceuticals, and even banana, or cocoa, and the like.
They identify and target regions with natural wealth to hit it hard. If a wealthy region is within the homeland of tribe “A”, they screen and pickup a ruthless criminal from a neighboring tribe “Z”.

The European criminals provide money; weapons; training; logistics; intelligence; and advisory services to the Z local criminal to promote him to turn into a warlord with considerable criminal gang size and tactics.
In addition to such investment European criminals offer monarchs; head of states; members of government and media a lot of lucrative “incentives” to legitimize the assaults and atrocities of their agents on the wealthy region.

Suddenly, the imposed war shall be regarded as inevitable campaign for unification; state-building; civil war; protect civilians; bring democracy and civilization; protect the faith and minorities; fighting Communism; or any other rubbish pretext. The merciless assaults should end up by installing the local criminal agents and their tribe on top of an artificial but “legitimized” state.

Tribe A, the owner of natural wealth, shall get next to nothing; while tribe Z shall get modest rewards from the official loot. But the shares of local criminals are kept in separate accounts in European banks owned by the same European criminals who own the companies. And to add more theft on top of the original robbery the “Government of State Z” is ordered to buy huge amounts of unneeded weapons; services; projects; and merchandise from their European masters.

Now “state Z” is under constant embezzlement by making them feel deeply insecure and threatened from the legitimate owner of wealth, tribe A, and also from foreign states so they are trapped and have  no escape from cooperating with their European masters.

European super-rich mega-criminals are not threatened by terrorists; suicide boomers; or any Jihadists because they are the godfathers and sponsors of all insurgencies and terrorism.