Will Zionism and Pan-Turkism Use Terrorism to Replace Russia? 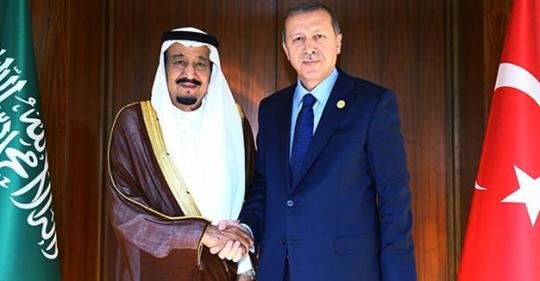 Will Zionism and Pan-Turkism Use Terrorism to Replace Russia

There is serious conflict between the supports of Yiddish, who see the future of Jews as being in Russia, whereas the Zionists see the Jewish future is in the Jewish homeland of Eretz Yisrael and the Jewish intelligentsia is split over this aspect of Jewish ideology. Zionism cannot operate just in Israel but it must have a wider living space like in Russia.

Wayne MADSEN wrote on 26.11.2013 at Strategic Culture Foundation on-line journal
The CIA’s plan for «Pan-Turania» to Replace the USSR,

Held for decades deep within the Central Intelligence Agency’s Top Secret Archives and Records Center was a plan, co-opted from an unnamed German Turkish expert, known as a «Turcologist», that would have seen a victorious Nazi Germany carve the Soviet Union into a group of puppet states based on Turanian nationalism. This «Pan Turania Idea» report, not declassified by the CIA until Christmas Eve of 2005, was, in fact, adopted by the CIA during the early days of the Cold War as a means to dissolve much of the USSR and replace it with a Pan-Turanian federation.

«Pan-Turanianism» was a concept originally developed by the British Foreign Secretary and Prime Minister Lord Palmerston as a way to destroy the Russian empire and replace it with Turkic and Mongol vassal states that would answer to the Ottoman sultan and ultimately, to the British crown. Pan-Turanianism influenced the «Young Turks» movement of Kemal Ataturk and was conceived, along with «pan-Arabism» that would eventually destroy the Ottoman Empire, by Wilfred Blunt, a British intelligence officer who headed the Secret Intelligence Service’s Cairo office.

Also, Martin A. Lee wrote On the Trail of Turkey’s Terrorist Grey Wolves, (Originally published in 1997) at consortiumnews.com on June 27, 2015

Turkey, as a NATO country near Russia’s border, developed a powerful “deep state” where intelligence operatives, terrorists and gangsters crossed paths and shared political alliances, a grim reality that author Martin A. Lee explored in 1997 and a dark legacy that reaches to the present.

Turks in Anatolia Is Support to Khazar Modern Jews & Israel

The History of the Jewish Khazars