Queen Sheba of Abyssinia is not Sabaean from Yemen 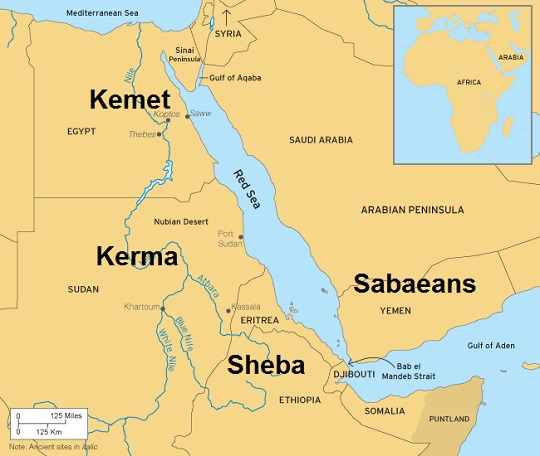 The old and existing associates of Sabaeans (or Sabeans) and Ḥimyarite are descendants of a Turkic Mongolian gangster nicknamed Saba’a (means captor or slaver who claim to be Sun worshiper Saba’a ibn Yishgub bin Yarub bin Qahtan). They were and are the remnants of Turkic Mongolian looters and colonizers, together with their slaves and collaborators.

After their destruction and erasing the long ancient history of Yemen and Arabs which existed until their invasion of Yemen they invented and imposed fake history made up by Persians, Romans and Jews.

The new history gave them an Arab origin and claimed that the Arabs before them became extinct. The invented history is still hostile to genuine Arabs, Israelite, and Yemenis.

They are also malicious towards the civilizations of Abyssinia, Kemet (ancient Egypt), Kerma (ancient Nubia), and all other Africans.

One of the biggest frauds in history was made by confusing and blurring the history of the Abyssinian Queen Sheba and the Hebrew King Solomon with that criminal regimes of Sabaeans (or Sabeans) and Ḥimyarite.

Certainly, the Abyssinian Kingdom of Sheba is totally different from the regime of Turkic Mongolian Sabaeans.

The Old Testament does not mention the founding person of the Sabaeans (or Sabeans) and whether they were in Yemen or Abyssinia. It does not help in resolving the confusion between Saba’a and Sheba.

It was Kerma Not Nubia or Kush

Eritrea is Just the Turkified Part of Abyssinia

Comments on: "Queen Sheba of Abyssinia is not Sabaean from Yemen" (2)