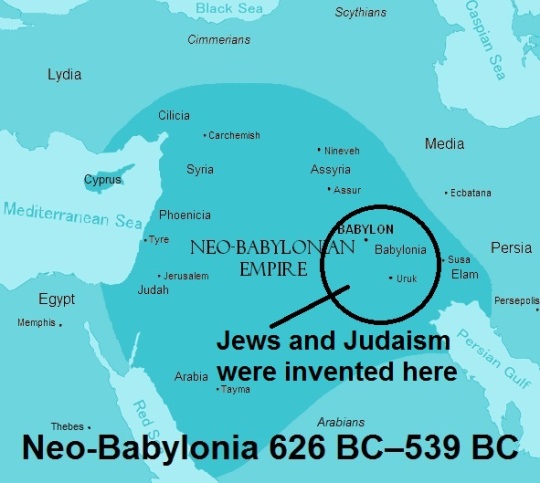 How Persians Cooked a Cult and Called it Judaism Part 2

Turkic Mongolians originally from around the Altai Mountains and northern Tarim Basin of Western Mongolia, Eastern Kazakhstan, and Northern Uyghur created the Persians and colonized ancient Iran and Iraq. Soon they knew about the Ge’ez speaking Israelite and the Law of Moses which originated in the land of Punt.

The Israelites and Turkic Mongolians had had worked together since the Hyksos period (1630-1523 BC), that was before the Law of Moses of 1446 BC. The Turkic Mongolians attacked Kemt from the north in the Delta; and from the south the Ge’ez speaking Israelite refugees and nomadic encroachers disturbed Kerma since they entered the region in 1876 BC.

Sabaeans in Yemen, D’mt, and Kush in Africa, since 1000 BC to 750 BC, were successful joint ventures between Turkic Mongolians and the Ge’ez speaking Israelites from Punt. Until that time there was no Jews or Judaism.

Following their strong cooperation experience many African Israelite leaders were invited to the newly established Turkic Mongolian colony of Neo-Babylonia to work out the grand project of inventing Jews, Judaism, and an Aramaic colony called Israel.

The Turkic Mongolians colonizers decided to invent a cult and hijack the Law of Moses. They contacted elders from the Israelite and invited them to Neo-Babylonia. Some of the elders of Ge’ez Israelite accepted to cooperate with the powerful Turkic Mongolians and they became the Lost Sheep of the House of Israel.

The Turkic Mongolian Persians used Sumerian and other traditions in Neo-Babylonia during 580 -530 BC and mixed them with the stories they got from the invited Ge’ez speaking black Africans from Punt who were the Lost Sheep of the House of Israel, and later became the Hebrew Israelite, to help them in cooking Judaism and invent the Jews.

Surely, the Turkic Mongolians insisted to hide the real origin of Ge’ez speaking genuine Israelite and Ge’ez itself. Therefore they made up Hebrew to replace Ge’ez, and pale admixture Israelite to replace the genuine African black Israelite.

Just compare these two maps to discover how much deception survived 2600 years.
My Punt-Lands Hypothesis of the interpretation of the Mosaic Torah and the history of the Children of Israel

Compare Punt-Lands Hypothesis with what the academic, religious and media institutions offer. They mention the history of the Hyksos, of whom the Jews appeared after 950 years, and affixed it to the Children of Israel who had nothing to do with the Jews. And the world believed this naive lie for 2,600 years.

How Persians Cooked a Cult and Called it Judaism Part 1