Their strong connections explain a lot, including the Turkic Mongolian origin of the Hyksos and their use of Kurds as foot soldiers, mercenaries and slaves.

Kurdistan is a Turkic Mongolian project to use the Kurds, who are originally Iranian, to expand in Iraq, Syria, and Anatolia. This way the Kurds shall lose their legitimate right of their original homeland which is Iran.

Mitanni (1500-1300 BC) originated not as a result of Aryan invasions, as some claim, but as a result of Turkic Mongolian invasion using Aryan slaves and collaborators. After the invasion of Aryans and the theft of their land in Iran, some of the Kurds resorted to the western mountains, but most of Kurds were subjugated and enslaved and were used as foot soldiers, workers, and concubines. The greatest genetic and feature improvements of Turkic Mongolians came as a result of their miscegenation and reproduction with the defeated and enslaved Iranian Kurds (Aryans). 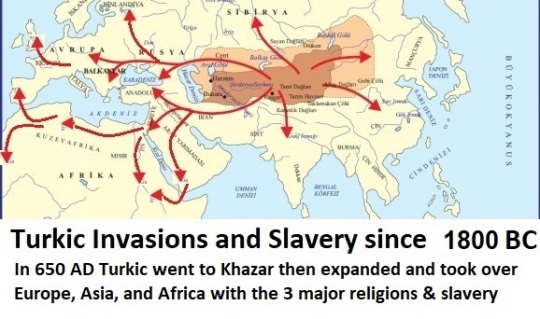 The Mitanni kingdom was referred to as the Maryannu, Nahrin or Mitanni by the Egyptians, the Hurri by the Hittites, and the Hanigalbat by the Assyrians. The different names seem to have referred to the same kingdom and were used interchangeably, according to Michael C. Astour.

No native sources for the history of Mitanni have been found so far. Accounts are mainly based on Assyrian, Hittite, and Egyptian sources, as well as inscriptions from nearby places in Syria. Often it is not even possible to establish synchronicity between the rulers of different countries and cities, let alone give uncontested absolute dates. The definition and history of Mitanni is further beset by a lack of differentiation between linguistic, ethnic and political groups.

Mitanni originated not as a result of Aryan invasions, as some claim, but as a result of Turkic Mongolian invasion using Aryan slaves and collaborators. After the invasion of Aryans and the theft of their land in Iran, some of the Kurds resorted to the western mountains, but most of Kurds were subjugated and enslaved and were used as foot soldiers, workers, and concubines. The greatest genetic and feature improvements of Turkic Mongolians came as a result of their miscegenation and reproduction with the defeated and enslaved Iranian Kurds (Aryans).

In fact, Mitanni was created as a result of Turkic Mongolian attacks on Iran which took over the heritage and civilization of Iranians and Assyrians and attributed them to themselves. That period was of Turkic Mongolian intensive raids in the region, which resulted in the fall of the Hittite civilization, the late Bronze Age Collapse, and the emergence of groups of fugitives, refugees and mercenaries, called the Sea Peoples in 1177 BC. It coincided with the settlement and invasion by the Israelites, an Arab tribe that came from its homeland in Yemen in 1406 BC. In the course of their refuge in Abyssinia and destruction of the Kerma civilization in the Sudan, the Israelites cooperated with the Hyksos, who occupied north Kemet from 1630 until 1523 BC. King Ahmose I expelled both groups and pursued both the Hyksos in northern Kemet and the Israelites in the kingdom of Kerma in northern Sudan, on Kemet southern border.

It is certain that the Hyksos, who were Turkic Mongolians, after being expelled from Egypt in 1523 BC created the Mitanni, along with Kurds among them as slaves, workers and agents. The most important evidence that Mitanni was Turkic Mongolian mixed with defeated Iranian Kurds is the use of horses, which is their characteristic and favorite weapon of looting and invasion.

The Kurds were used as soldiers, slaves, breeding stock, and mercenaries by Turkic Mongolian raiders to destroy three civilizations.
1. Kemet (ancient Egypt) with the Hyksos in 1630 BC.
2. Assyria (ancient Iraq) with the Miattani in 1500 BC.
3. Hittite (ancient Anatolia) with the Kaska in 1200 BC.

The authentic Iranian Eucharist Zoroastrianism was stolen by Turkic Mongolians and their slaves from the Iranian Aryans and turned into Magus Paganism, not a religion but a political tool. Kurds original homeland is only Iran and they are Aryans; and the Kurds who claim that the lands of the Kurds are in Iraq, Syria and Turkey are certainly serving the Turkic Mongolian groups of Persians, Turks, and Jews; but not the Kurds. No Kurdish presence was found in Iraq, Syria, and Turkey before 1700 BC. In order to discover the relationship between the Kurds and the Turkic Mongolians and Mitanni, an article can be found from a site specialized in the history of Zoroastrianism. The article does not deduce the same as this article, but it provides indicators and facts that support what came here.