Why Tatarian Yusupov Assassinated the Russian Prophet Rasputin in 1916? 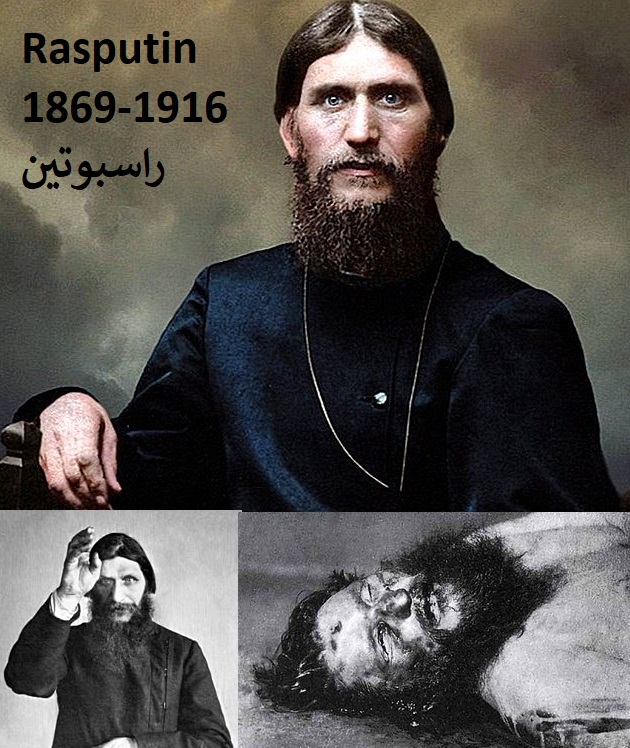 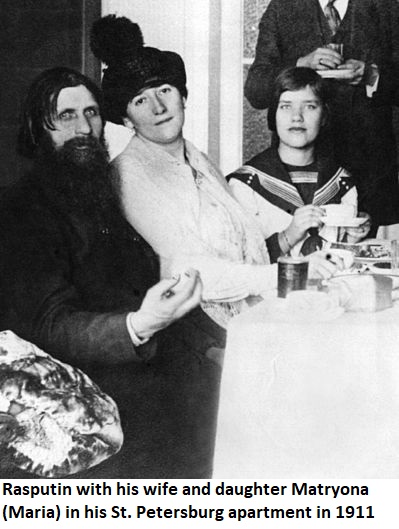 And they are still assassinating his character and spreading defaming lies about him?

The Turkic Mongolian gangs planned to deceive the German Emperor with provocations to declare war against weightless Serbia; then they deceived the Russian Tsar into declaring war against Germany with a false pretext. This resulted in World War I; and they repeated the same deception to create World War II

Rasputin was an aboriginal and sincere representation of faith and patriotism in Russia. Rasputin worked wholeheartedly against the Turkic Mongolian plot to destroy both Russia and Germany. Turkic Mongolian gangs killed Rasputin, who created a danger to them by trying to abort their plan.

By doing so, they were able to defeat the patriots in Germany and Russia. With these plots, Germany fell under colonialism. And they placed Turkic Mongolian gangs in power under the banner of communism, civil wars and revolutions in Russia and China.

Communism, Liberalism, Capitalism, Globalization, Socialism, Zionism, the European Union, the United Nations, Anarchism, Atheism, and Liberal Democracy are all seemingly disparate, but they are all deceptive and concordant tools for imposing complete control of the various Turkic Mongolian gangs over the world.

The Role of Tatars Colonizers of Russia in WWI 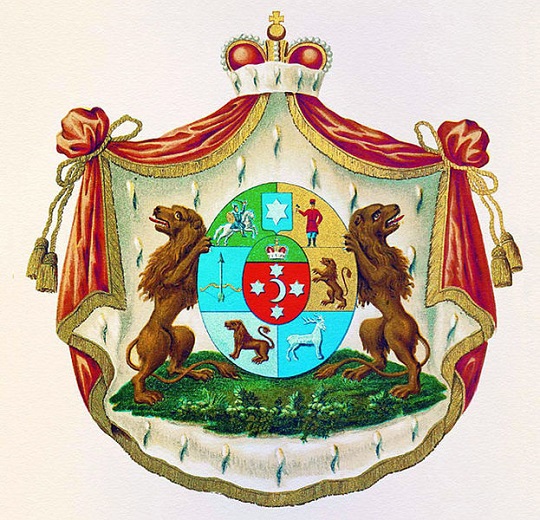 The killing of Rasputin and his assassins and why he was killed, and still defamed is very interesting. Tatars, Cossacks and Jews are involved in these issues. They deny his merits and stopped him from ending WWI.

The Xianbei state or Xianbei confederation was a nomadic empire which existed in modern-day Mongolia, Inner Mongolia, northern Xinjiang, Northeast China, Gansu, Buryatia, Zabaykalsky Krai, Irkutsk Oblast, Tuva, Altai Republic and eastern Kazakhstan from 156 to 234. The ethnic makeup of the Xianbei is unclear.

The Rourans, whom Book of Wei identified as offspring of Proto-Mongolic Donghu people, possessed the alternative name(s) Dàtán and/or Tántán “Tartar” and according to Book of Liang, “they also constituted a separate branch of the Xiongnu”. Nikita Bichurin considered Xiongnu and Xianbei to be two subgroups (or dynasties) of but one same ethnicity. These groups invaded the world since 2400 BC and were behind WWI

Genghis Khan refers to the time of Modu Chanyu as “the remote times of our Chanyu” in his letter to Daoist Qiu Chuji. Sun and moon symbol of Xiongnu that discovered by archaeologists is similar to Mongolian Soyombo symbol. So, Turkic, Mongolian, Tatars are neighboring nomadic groups and raiders in Far East Asia

Nogay/Nohai Horde or Nogay Yortu was a confederation of about 18 Turkic Mongolian groups occupied the Pontic-Caspian steppe from about 1500 until they were pushed west by the Kalmyks and south by the Russians in the 17th century. The Mongol tribe called the Manghits constituted a core of the Nogay Horde.

In the 13th century, the leader of the Golden Horde, Nogay Khan a direct descendant of Genghis Khan through Jochi, formed an army of the Manghits joined by numerous Turkic tribes. A century later the Nogays were led by Edigu, a commander of Manghit paternal origin and Jochid maternal origin, who founded the Nogay dynasty. The Yusupovs were a Russian noble family descended from the monarchs of the Nogai Horde (Turkic Mongolian Tatars), renowned for being richer than any of the ruling Romanovs.

Felix Felixovich Yusupov, Count Sumarokov-Elston 1887 –1967, is best known for planning and carrying out the assassination of the Russian holy man Grigori Rasputin. Felix was a Russian aristocrat, prince and count from the Yusupov family, and married the niece of Tsar Nicholas II. He is son of Count Felix Nikolaievich Sumarokov-Elston and Zinaida Yusupova, his mother, was the last of the Yusupov line, of Tatar origin

Ataman (otaman, wataman, vataman) was a title of Cossack leaders of various kinds. In the Russian Empire, the term was the official title of the supreme military commanders of the Cossack armies. The Ukrainian version of the same word is Hetman. Otaman in Ukrainian Cossack forces was a position of a lower rank.

The origins of the Cossacks are disputed. Originally, the term referred to semi-independent Tatar groups (qazaq or “free men”) who inhabited the “Wild Fields”, or steppes, north of the Black Sea near the Dnieper River. Until at least the 1630s, these Cossack groups remained ethnically and religiously open to anybody, although mainly Slavic element. There were several major Cossack hosts

Rasputin was a Russian Heavenly Messenger

Grigori Yefimovich Rasputin 21 January 1869 – 30 December 1916 was a native Russian mystic and holy man who befriended the family of Nicholas II, the last emperor of Russia, and gained considerable influence in late imperial Russia. At the age of 28, he had a religious conversion experience after taking a pilgrimage to a monastery in 1897. He has been described as a monk or as a “strannik” (wanderer or pilgrim), though he held no official position in the Russian Orthodox Church.

He traveled to St. Petersburg in 1903 or the winter of 1904-5, where he captivated some church and social leaders. He became a society figure and met Emperor Nicholas and Empress Alexandra in November 1905.

During the summer of 1912, Alexei son of the Tsar developed a hemorrhage in his thigh and groin which caused a large hematoma. In severe pain and delirious with fever, the tsarevich appeared close to death.

In desperation, Alexandra asked Vyrubova to send Rasputin (who was in Siberia) a telegram, asking him to pray for Alexei. Rasputin wrote back quickly, telling Alexandra that “God has seen your tears and heard your prayers. Do not grieve. The Little One will not die. Do not allow the doctors to bother him too much.” The next morning, Alexei’s condition was unchanged. Alexei’s bleeding stopped the following day.

Dr. S. P. Fedorov, one of the physicians who attended Alexei, admitted that “the recovery was wholly inexplicable from a medical point of view.” Later, Dr. Fedorov admitted that Alexandra couldn’t be blamed for seeing Rasputin as a miracle man: “Rasputin would come in, walk up to the patient, look at him, and spit. The bleeding would stop in no time…. How could the empress not trust Rasputin after that?”

Historian Robert K. Massie has called Alexei’s recovery “one of the most mysterious episodes of the whole Rasputin legend”. The cause of his recovery is unclear. Alexandra believed that Rasputin had performed a miracle, and concluded that he was essential to Alexei’s survival. Some writers and historians, such as Ferro, claim that Rasputin stopped Alexei’s bleeding on other occasions through hypnosis.

A group of nobles led by Prince Felix Yusupov, Grand Duke Dmitri Pavlovich, and right-wing politician Vladimir Purishkevich decided that Rasputin’s influence over the tsarina threatened the empire, and they concocted a plan in December 1916 to kill him, apparently by luring him to the Yusupovs’ Moika Palace.

Rasputin was buried on 2 January at a church that Anna Vyrubova had been building at Tsarskoye Selo. The funeral was attended only by the imperial family and a few of their intimates. Rasputin’s wife, and children were not invited, although his daughters met with the imperial family at Vyrubova’s home later that day. His body was exhumed and burned by a detachment of soldiers shortly after the communists toppled the Tsar in March 1917, so that his grave would not become a rallying point for supporters of the old regime.

Theory of British involvement (Jewish plan to destroy both Russia and Germany). Some writers have suggested that agents of the British Secret Intelligence Service (BSIS) were involved in Rasputin’s assassination. According to this theory, British agents were concerned that Rasputin was urging the Tsar to make peace with Germany, which would allow Germany to concentrate its military efforts on the Western Front and abort the plan of conflict between Russia and Germany Empires to topple them.

There are variants of this theory, but they generally suggest that British intelligence agents were directly involved in planning and carrying out the assassination under the command of Samuel Hoare and Oswald Rayner, who had attended Oxford University with Yusopov, and Rayner had personally shot Rasputin. The holy native Russian Rasputin was killed by Turkic Mongolian bandits