The Turkification of Anatolia 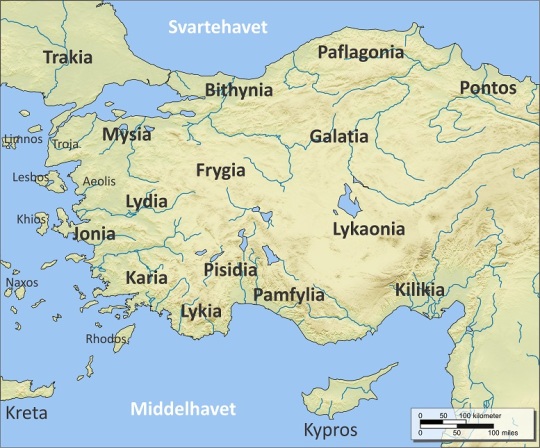 Anatolia (called Turkey since only 1923) has been inhabited since the paleolithic age, including various ancient Anatolian civilizations, Aeolian, Dorian and Ionian Greeks, Thracians, Armenians and Persians. After Alexander the Great’s conquest, the area was Hellenized, a process which continued under the Roman Empire and its transition into the Byzantine Empire.

The Seljuk Turks began migrating into the area in the 11th century, starting the process of Turkification, which was greatly accelerated by the Seljuk victory over the Byzantines at the Battle of Manzikert in 1071.

The Seljuk Sultanate of Rûm ruled Anatolia until the Mongol invasion in 1243, upon which it disintegrated into several small Turkish beyliks.
Starting from the late 13th century, the Ottomans united Anatolia and created an empire encompassing much of Southeastern Europe, Western Asia and North Africa, becoming a major power in Eurasia and Africa during the early modern period. The empire reached the peak of its power between the 15th and 17th centuries, especially during the 1520–66 reign of Suleiman the Magnificent.

After the second Ottoman siege of Vienna in 1683 and the end of the Great Turkish War in 1699, the Ottoman Empire entered a long period of decline. The Tanzimat reforms of the 19th century, which aimed to modernize the Ottoman state, proved to be inadequate in most fields, and failed to stop the dissolution of the empire.

The Ottoman Empire entered World War I (1914–18) on the side of the Central Powers and was ultimately defeated. During the war, major atrocities were committed by the Ottoman government against its Armenian, Assyrian and Pontic Greek citizens. Following the war, the huge conglomeration of territories and peoples that formerly comprised the Ottoman Empire was divided into several new states. 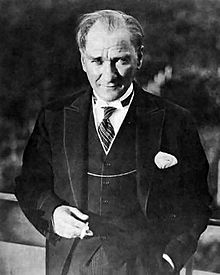 The” Turkish” War of Independence (1919–22), initiated by Mustafa Kemal Ali Rıza (Atatürk) and his colleagues in Anatolia, resulted in the establishment of the modern Republic of Turkey in 1923, with Atatürk as its first president. Since that time te rule of Turks over all other indigenous Anatolians peoples became enforced by the new state of the Turks, who became considered and treated as minorities.

Only during the past century Turkey has been “Turkified” by state power. This was done by the removal of the non-Muslim elements, first, and then by the assimilation of the non-Turkish Muslims into “Turkishness”.

Terrorism of Turks Gog and Magog